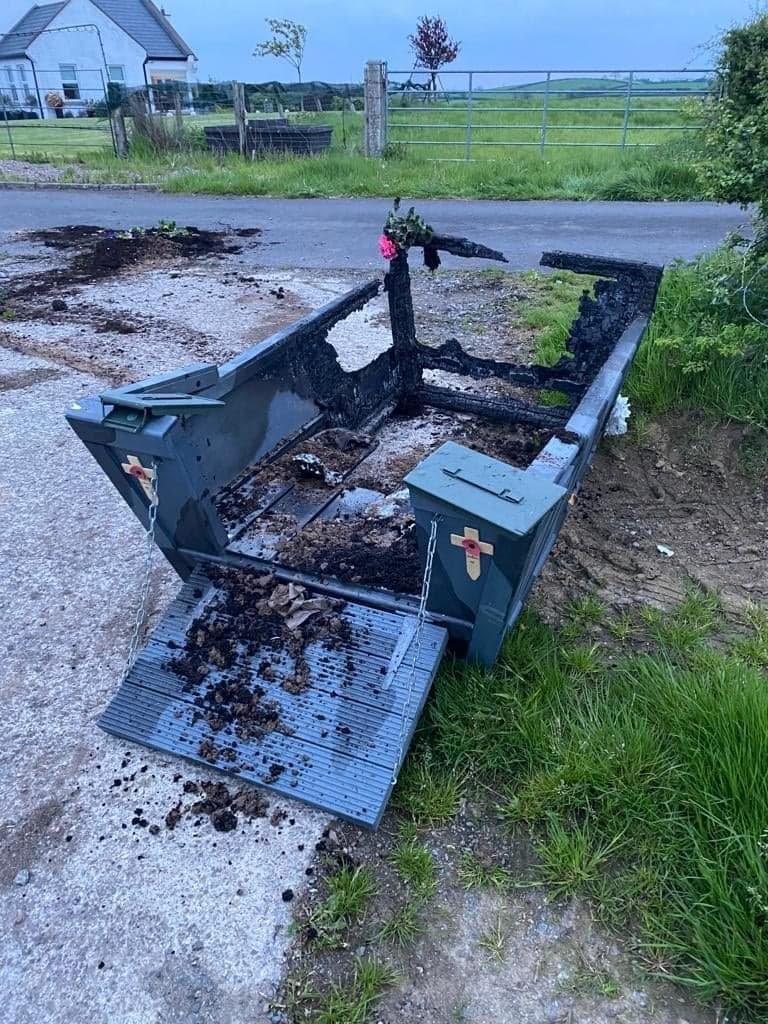 Cookstown Ulster Unionist Councillor Trevor Wilson has condemned an attack on a tribute to the Falklands War dead which had been placed at the War Memorial in Stewartstown, County Tyrone.

“A floral tribute in the shape of a Landing Craft had been placed at the War Memorial in Stewartstown to mark the 40th anniversary of the Falklands War.

“It was offending no-one and nor was it intended to. Nonetheless, its presence proved too much for some thugs who decided to destroy it in an act of wanton vandalism.

“Even by the shocking standards of hate crime in Northern Ireland this is a new low. There is absolutely no sign of mutual respect, tolerance or understanding on display here. Mere words are insufficient to condemn the people responsible for this act.”