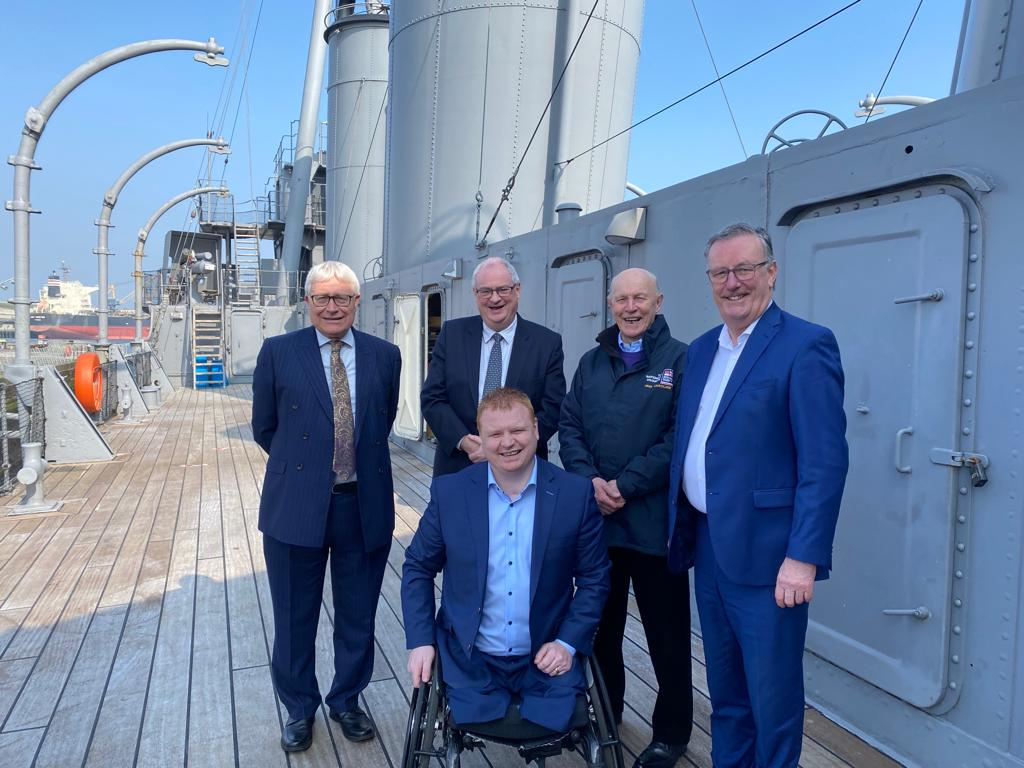 Ulster Unionist Party MLAs Andy Allen, Steve Aiken and Mike Nesbitt today joined with representatives from National Museums of the Royal Navy (NMRN) and the Heritage Lottery Fund for the announcement that the future of Belfast based HMS Caroline has been secured.

“For several years party colleagues and I have been working with National Museums of the Royal Navy (NMRN) and the Department of the Economy to secure the future of this iconic ship in Belfast. Unfortunately, it has been a long and drawn-out process to arrive at today's announcement but I very much welcome the commitment to keeping her in Belfast. Now that the future of the ship has been secured, attention must now turn to ensuring the iconic visitor attraction is actively marketed and promoted.”

“Today’s announcement that the future of HMS Caroline in Belfast has been secured is to be greatly welcomed. The ship is not only the last historic legacy of the Battle of Jutland in the First World War, it also has a very special place in the hearts of the people of Northern Ireland due to the near century she has been moored in Belfast.

“My own 32 year Royal Naval career began on HMS Caroline and today is a proud day for both HMS Caroline and for Northern Ireland. After many years of negotiation behind the scenes, we have seen that the Economy department has, at long last, stepped up to secure the future of this great ship. We are looking forward to the ship reopening and it becoming a central part of Belfast’s maritime mile.”