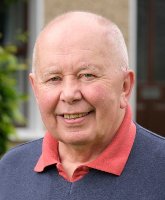 The Ulster Unionist Party has paid tribute to William Lamrock – known to many friends as Willie - one of its party stalwarts in Londonderry, who has sadly passed away.

“I was saddened to learn of the passing of William Lamrock, one of the Party’s most faithful servants in the City of Londonderry and the wider Foyle constituency. The esteem and affection in which he was held is testament to the man, and I would like to extend my condolences to his wife and family.

“I liked and respected Willie Lamrock who was a longstanding stalwart of the Ulster Unionist Party. He will be sadly missed, especially by his wife and family but also by his many friends across the Province and beyond.

“I would like to extend the sympathy of the entire Party at this difficult and sad time.”

“Willie Lamrock’s passing is a terrible loss for our community. I have fond memories of him from my YMCA days as a teenager and I know his positive influence was felt by many young people. He will be sorely missed by many and my thoughts are with his family at this difficult time.

“There will be many people we meet in life that will leave an impact, none more so than my friend William Lamrock. Our many conversations, his determination, his astute awareness of everything going on around him, he required the same from all of us who were lucky enough to have gained a friend in him.

“He was a great storyteller, possessed a great mind, but nothing lit up his eyes more than when he talked with pride about his children Gayle, Gillian and Gareth, their partners and of course the grandchildren.

“His wife Pat was a constant tower of strength to William, who was a family man to the end and someone I was proud to call a friend.”