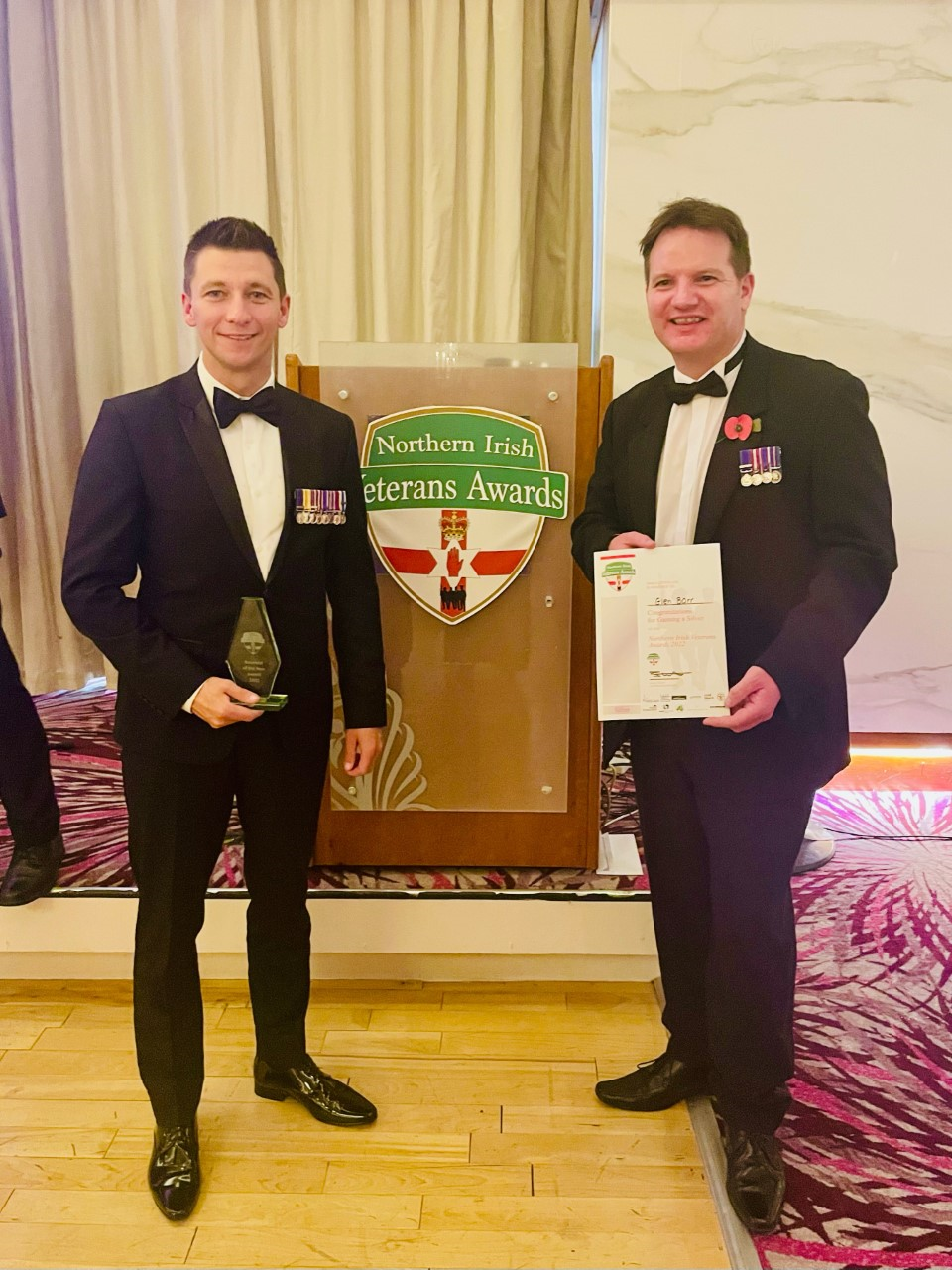 “This week I was honoured to attend the inaugural awards presentation of the Veterans Awards NI.

“The event celebrated and recognised the achievements of our service community and was attended by the newly appointed Minister for Veterans Affairs, the Rt Hon Johnny Mercer MP and the Northern Ireland Veterans Commissioner, Danny Kinahan.

“I would like to congratulate all those who were nominated for Awards, particularly Party colleagues Londonderry Councillor Ryan McCready who won the Reservist of the Year award, Banbridge Councillor Glenn Barr who won a silver award in the same category, and our Crotlieve representative Ricky McGaffin who won Volunteer of the Year.

“Many other Ulster Unionist friends and colleagues from across the Province were also in attendance including East Belfast MLA Andy Allen.

“Everyone who attended was both impressed and humbled at the work being done to celebrate and support our Veterans and the breadth of work being undertaken across Northern Ireland by those who have served in our armed forces.”