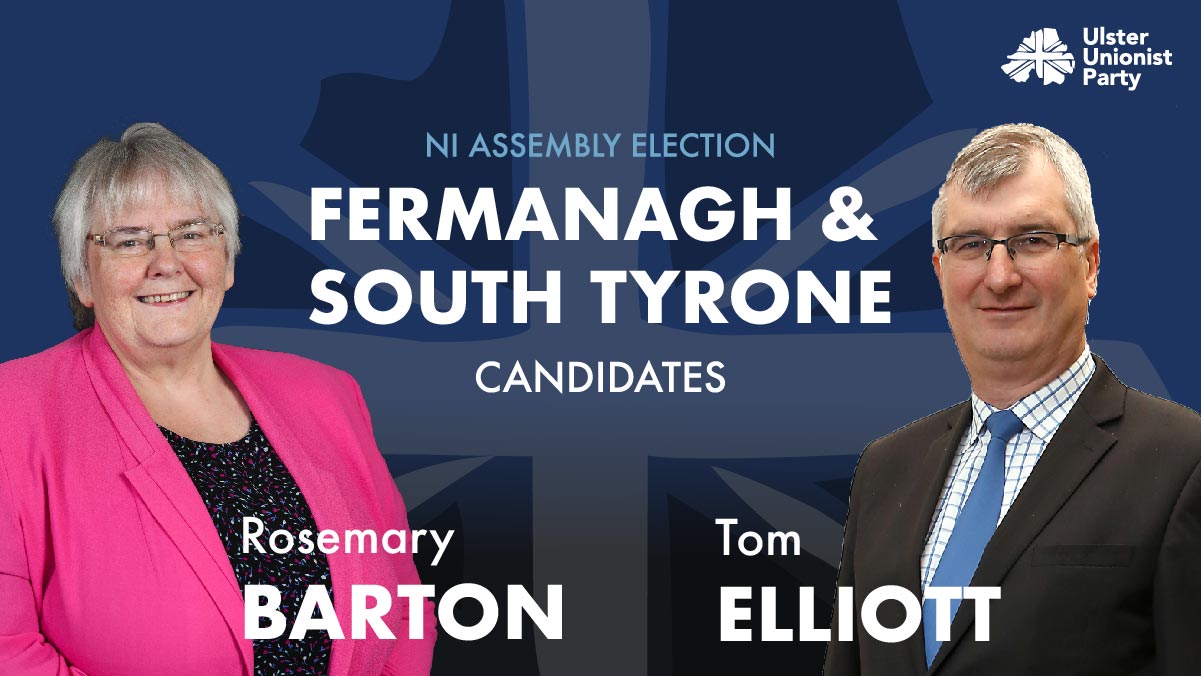 The Ulster Unionist Party has selected Rosemary Barton MLA and Tom Elliott as its candidates in Fermanagh & South Tyrone for next May’s Assembly Election.

“In the next Assembly election I will be seeking a mandate to return to Stormont and join an enlarged Ulster Unionist MLA team, committed to positive, confident and inclusive unionism, and play my part in representing the interests of my constituents and to work for the benefit of all the people of Northern Ireland.

“I am grateful for the opportunity to contest the forthcoming NI Assembly election and seek to represent the people of Fermanagh & South Tyrone.

“I was privileged to represent the people of this Constituency for a number of years and look forward in my endeavour to giving them a voice in many matters, including support for the economy – not least the vital agri-food industry - ensure that our health and education systems are in such condition to provide for our communities into the future and providing support to the innocent victims of terrorist actions and helping prevent the re-writing of Troubles history.

“The NI Protocol is having a very negative impact on individuals and businesses right across society and it is vital that we have a collaborative approach to getting this unnecessary obstruction removed.”