Triggering Article 16 will be no magic bullet – Nicholson

Triggering Article 16 will be no magic bullet – Nicholson 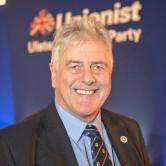 Following confirmation by Lord Frost that triggering Article 16 does not affect the standing of the Protocol as a whole, former Ulster Unionist MEP Jim Nicholson said:

“Lord Frost`s written answer to Lord Empey this week confirms that the use of Article 16 will not get rid of the protocol, rather it will embed the protocol. Lord Frost states that ‘Article 16 is a safeguard provision for addressing serious economic, societal and environmental difficulties. It is part of the Northern Ireland Protocol. Triggering it does not affect the standing of the Protocol as a whole.’

“This should act as a wake-up call for anyone holding up the prospect of the triggering of Article 16 as some sort of magic bullet for the removal of the protocol as a whole. It is time Unionist politicians were honest in their assessment of the political situation.

“Threats to collapse Stormont may well trigger Article 16, but the protocol will remain. Actually collapsing Stormont will not get rid of the protocol, but would instead hand all the negotiating cards to Westminster and Dublin as we saw with New Decade, New Approach (NDNA). To do so would be to score another strategic own goal. If you want to see the protocol replaced, collapsing Stormont is not the way to go about it.

“The Ulster Unionist Party highlighted the potential damage that would be caused to the Union if Brexit wasn`t handled properly. When the Ulster Unionist Party repeatedly warned about the impact of the protocol back in 2019 after the DUP leader said Boris Johnson`s proposals for a regulatory border in the Irish Sea was ‘a serious and sensible way forward’ on 2nd October of that year, those warnings were ignored. This ultimately led to the protocol on the 17th of October.

“Unionism needs to take stock rather than advocating actions which would cause further damage rather than strengthen that which we hold important. And that is of course the Union between Great Britain and Northern Ireland.”