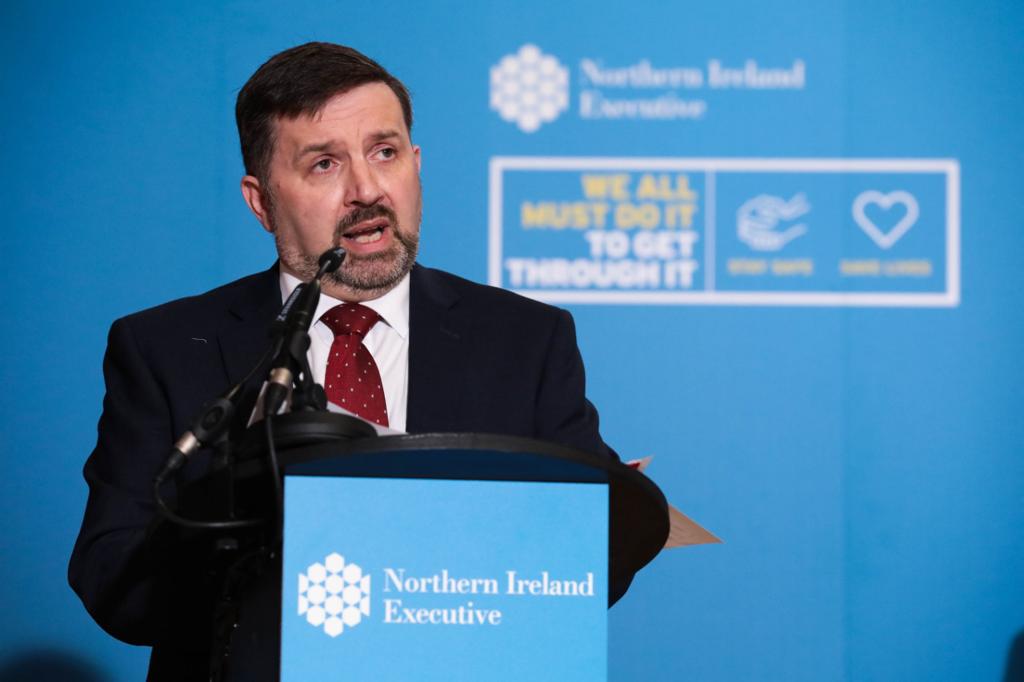 “I want a domestic vaccine certification scheme to be in place, on the books, available for use as soon as necessary. It is regrettable that the Executive has yet to agree a policy position on this. I wrote to Executive Ministers as far back as April 22nd 2021 asking for this matter to be taken forward by TEO through the creation of a cross-departmental working group"

“We have waited for the Covid Task Force to pick up the ball and run with this. It is central to the Task Force’s entire purpose – charting a pathway out of restrictions.

“It is important to note that the parties that have been most vocal in recent days advocating for the introduction of domestic use certification had until then also shown no actual interest in helping me to pursue a policy decision. How that tallies with their public pronouncements of recent days is a matter for them to explain.

“If we can get a domestic scheme agreed – with the necessary regulations and technology in place – it gives us both options and opportunities, new tools to use if required. It also means our citizens won’t be disadvantaged when they travel to jurisdictions where certification is mandatory – be that going for a drink in Donegal or a football match in Scotland.

“There will still be decisions to make on if or when or where vaccine certification would be mandatory in Northern Ireland. We could decide to bring it in straight away for certain sectors. Or we could keep it as an option to deploy if the Covid situation worsens again, or if there is non-compliance in key areas.

“But we need to get it prepared first. Again it’s regrettable that a decision hasn’t been taken to date. In the meantime I would ask people not to be distracted by the pragmatic decision taken last night regarding indoor seated entertainment venues.

“With furlough ending, I believe it was not practical or fair to ask that sector to wait weeks while the technology and regulations for a domestic scheme were put in place. Particularly when that sector has said it is willing and able to do the checks on the door now, as it has already been doing for outdoor events. To be clear – there is a very different technological requirement when proof of vaccination is required in law and when proof of vaccination is required in guidance.

“That was the choice yesterday evening – our venues, and the many workers that work within them, could become more viable and take real steps to reduce risk, or I could have sided with a proposal to introduce a scheme that was neither ready nor agreed, but one which I had been waiting for five months for a decision on. The Executive would have been rightly and widely ridiculed had we taken the decision to introduce a policy that was nowhere near ready for implementation.

“Of course, if compliance is not as good as it should be, we can revisit the mandatory/voluntary question. But the priority now is to get a domestic scheme on the books. The time for foot dragging is long past.”