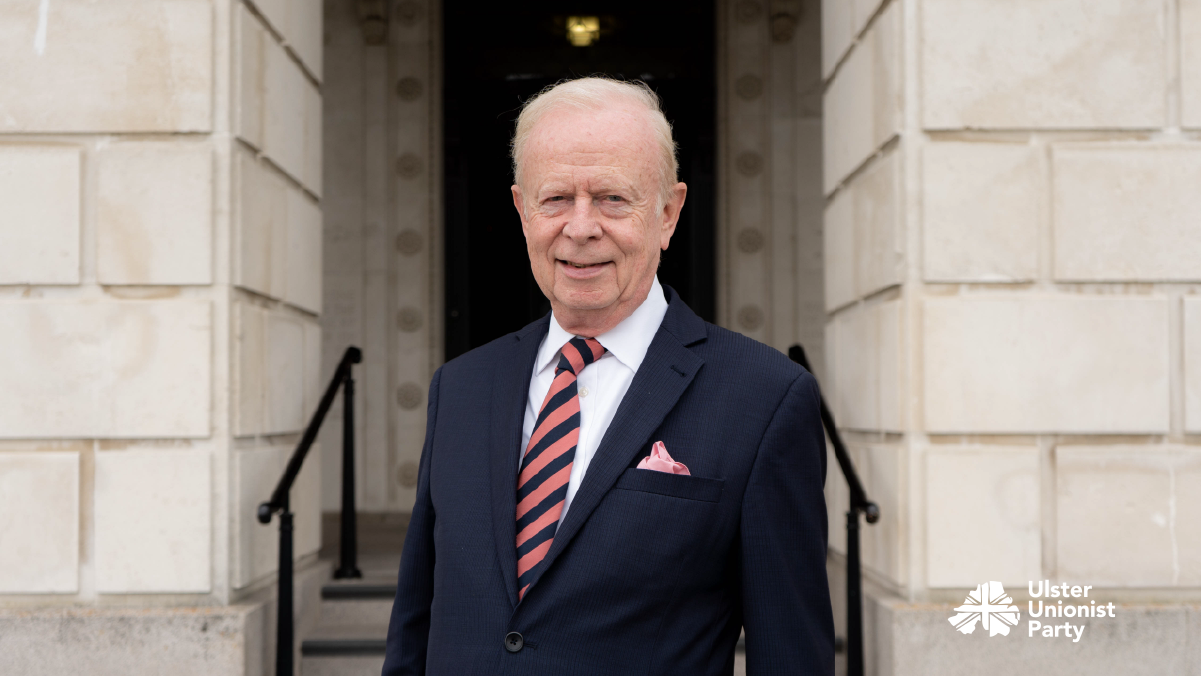 “I noted comments on Tuesday from Sammy Wilson about the future of Prime Minister Boris Johnson. He referred to 'how he let us down and told lies to us.' and concluded that the legacy of the Protocol was the biggest travesty of the Prime Minister. Few would argue with that.

“But what Sammy fails to answer the big question, which is 'why did he and his colleagues endorse the Prime Minister's proposal for a border in the Irish Sea on 2nd October 2019?' That was the date when the Prime Minister made this proposal to the European Union. In a document entitled 'Explanatory Note - -UK proposals for an amended Protocol on Ireland/Northern Ireland' Boris Johnson also proposed, in paragraph 9 of the document, that '...traders moving goods from Great Britain to Northern Ireland would need to notify the relevant authorities before entering Northern Ireland, in order to provide the necessary information to undertake appropriate checks, and, where appropriate, prevent the entry of products prohibited or restricted by EU rules.'

"On that day, Sammy's party Leader issued a statement backing this new Brexit plan as a 'serious and sensible way forward.' I never heard any DUP representative distance themselves from these proposals until they all appeared 15 days later as the Protocol. Why would any unionist endorse a proposal that goods moving within the UK from Great Britain to Northern Ireland should be subject to EU rules (and hence the involvement of the European Court) and have to be notified in advance so they could be checked?'

“It should be remembered, that the night before this document was published, the DUP was cheering the Prime Minister at their reception at the Tory Party conference. Shouts of 'Boris, Boris Boris' rang out a few hours before Northern Ireland was thrown under a bus by the Prime Minister. I have never understood how the DUP could have sat back and supported this plan when they held the balance of power at Westminster and were propping up Johnson's government. They stood back and allowed Boris Johnson to move the border from Newry to Larne without a whimper and now they pretend to be leading a campaign against the Protocol and threatening to bring down Stormont. It just doesn't make sense.

'I don't know what lies Sammy thinks Boris Johnson told them or what betrayal he refers to. I wish he would tell us. But the fact remains, that Brexit was not thought through as far as it applied to Northern Ireland. As the DUP's Brexit spokesman, I think Sammy needs to take some responsibility for all of this. While the Prime Minister's biggest claim to fame is that 'he got Brexit done' the reality is that Northern Ireland has not shared in this and is still largely in the EU and unless things change there will over time be a growing disparity between regulations in Great Britain and Northern Ireland. This is already happening, but it will accelerate. As his Party's 'Mr Brexit' I think Sammy should tell us what benefits Northern Ireland has received as a result of Brexit.'

“Sammy Wilson and his colleagues want to pull down the institutions at Stormont in order to get changes to the Protocol. While devolution is rightly criticised for the way in which it has operated, by pulling it down, unionists would merely be aping Sinn Fein tactics. We all criticised Sinn Fein for pulling down Stormont in 2017. How can the DUP now be about to do the same thing? If Stormont falls and can't be replaced, which is a real possibility, who governs Northern Ireland? None other than Boris Johnson. The same Boris Johnson that Sammy says 'let us down and told lies to us and betrayed us'. This is the same Boris Johnson who negotiated the Protocol, for whose existence it is proposed to pull Stormont down. Figure that one out!”