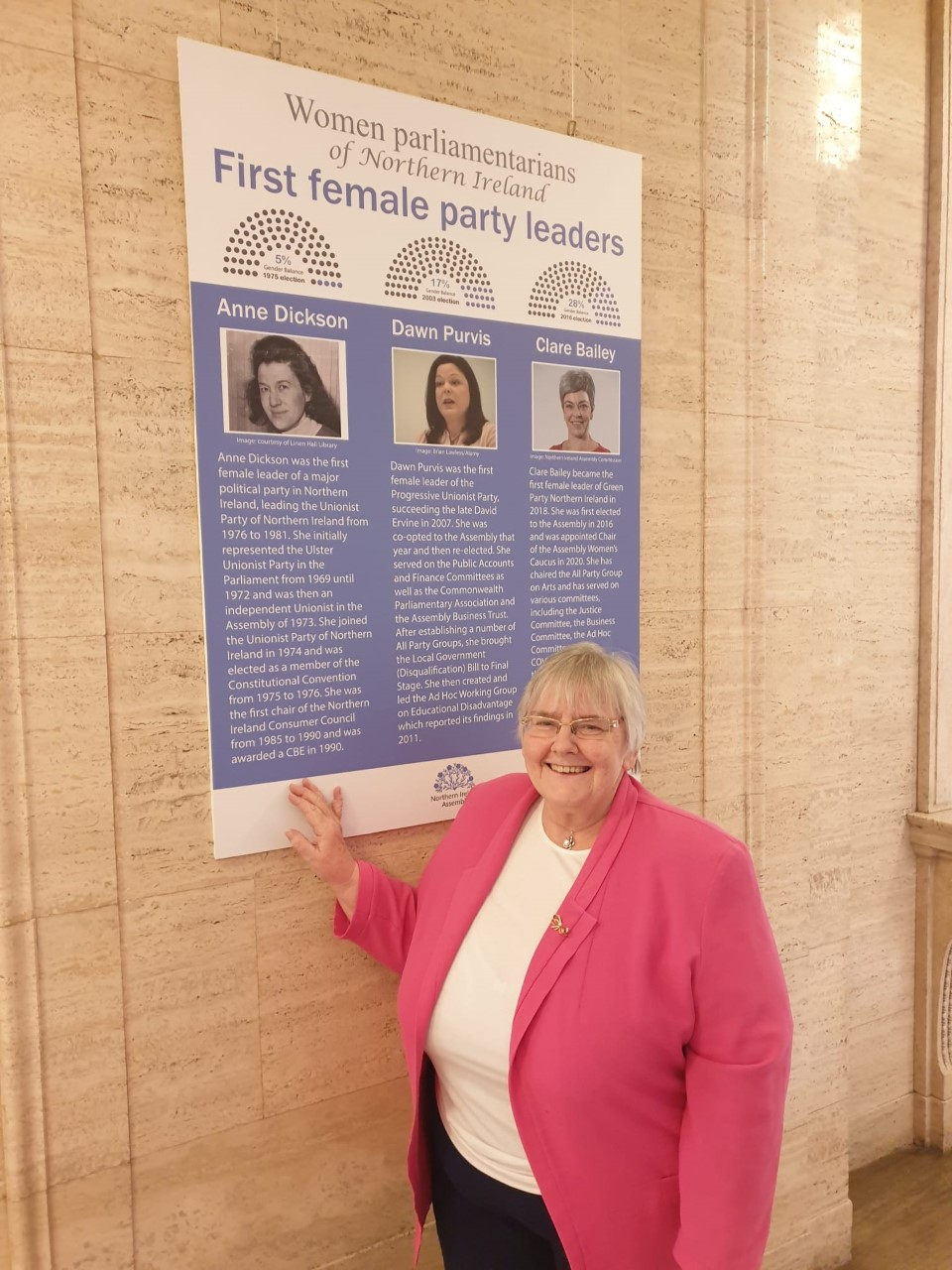 The Ulster Unionist Party’s Fermanagh & South Tyrone MLA, Rosemary Barton, has attended a number of events at Stormont in advance of International Women’s Day, which is to be officially marked next week.

“Today’s events at Stormont were hosted by the Speaker as part of a series of events to mark International Women’s Day which is scheduled for next week, and it was my pleasure to attend on behalf of the Ulster Unionist Party and the Northern Ireland Assembly Women’s Caucus, in my role as Deputy Chair.

“Today also sees the launch of the Assembly Commission’s exhibition on Female Participation. This will be in the Great Hall at Stormont and I would encourage visitors to Parliament Buildings to take the opportunity to see it.

“The Women’s Caucus is a cross-party forum in the Assembly made up of all current women MLAs and its aims include; addressing the under-representation of women in politics; working in partnership with the Northern Ireland women’s sector; and promoting gender equality in political representation.

“It is vital that we increase the representation of women in local politics so that we can get to hear their voices and perspectives on the issues that are impacting on our everyday lives.

“Two of the biggest issues currently are the impact of the Covid pandemic and the ongoing rises in the cost of living.  These are issues that are going to be central in our politics moving forward, and something that the current Women’s Caucus is keen for its successor Caucus to address following the election.”