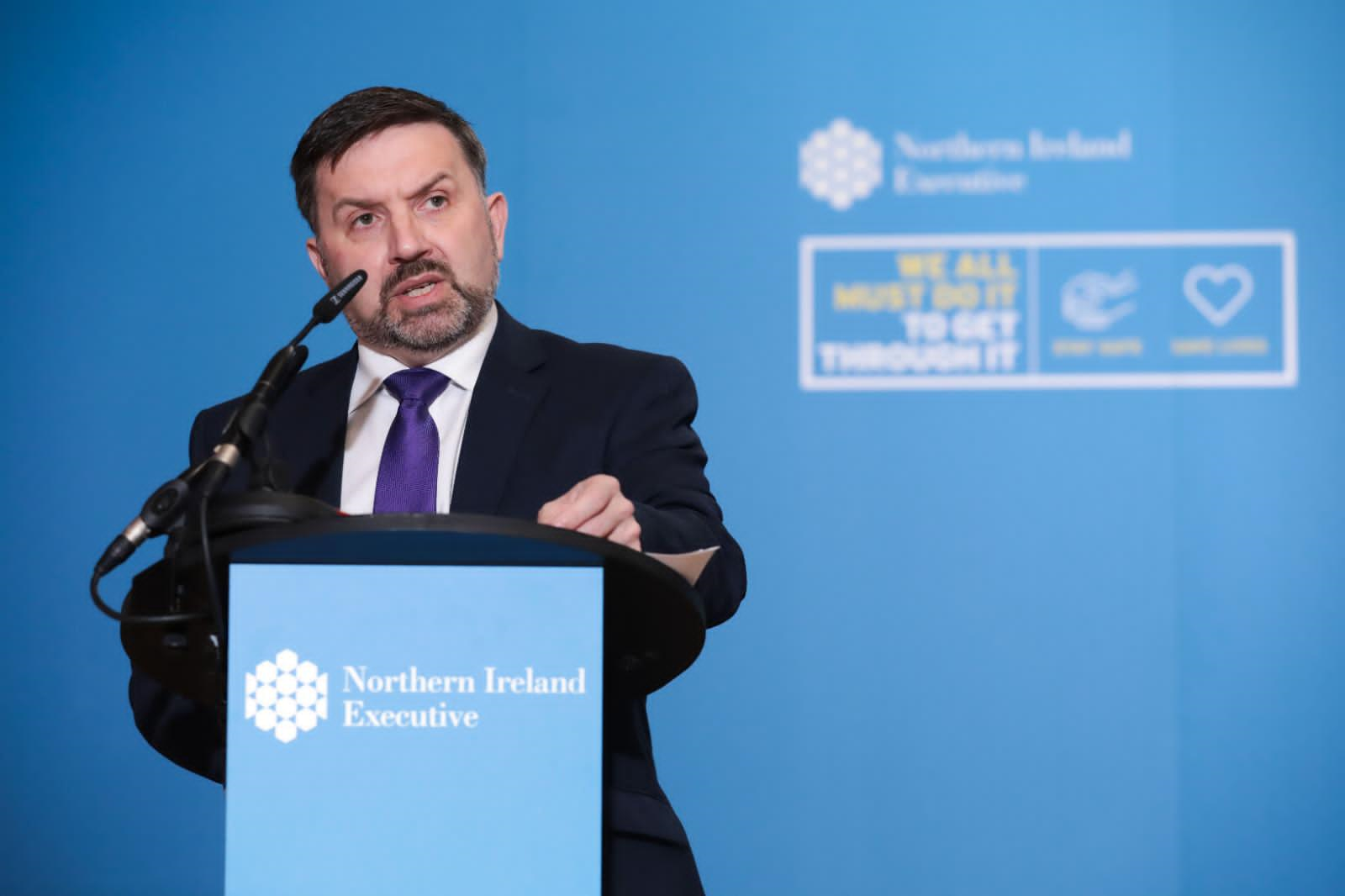 “Two years ago today, I was chosen by my party to be Northern Ireland’s Health Minister. We had always said that taking the health portfolio would be our priority if given the opportunity, and despite the decision of others to bypass it we jumped at the prospect.

Serving in that role has been by far the biggest honour and privilege of my political career. It goes without saying that the past 24 months have been hugely stressful and challenging for everyone involved in health and social care.

So many families have been left devastated as a result of the pandemic. Too many people have been lost before their time. The losses suffered will be in my thoughts for the rest of my days.

Our entire society has been traumatised by COVID and the impact on our health service in particular will be felt for many years to come. No one, not even those with the most vivid imaginations, could have ever predicted the last two years. Families consciously keeping their distance, travel hugely restricted, and entire swathes of our economy and society disrupted.

The threat from the virus remains very real, and the next few weeks in particular will be extremely difficult. We have so much hard work ahead of us, not just with the virus but in reversing the awful waiting times and ensuring we have enough new staff coming forward to fill the debilitating gaps that opened up in the workforce.

Last June I published my waiting times plan with immediate, medium term and longer-term actions. Already many of those commitments have been introduced, such as frequent use of megaclinics for outpatients and pre-operative assessment lists, as well as a new relentless regional NI-wide approach of using all available capacity wherever and whenever available.

Thanks to the Herculean efforts of our vaccination programme, vital protection from the Omicron variant is available to our population.

We all need to play our part in helping our health service get through this winter. First and foremost, that includes getting your booster dose if you have not already done so. That’s the most important thing you can do to protect yourself and support our hospitals.

We also have a duty to look ahead to what needs to be done after the pandemic. That time will come and we need to be honest about the extent of the rebuilding work required for our health and social care system. It can be compared without exaggeration to the task of reconstructing a country’s infrastructure after a long war.

Sustained large-scale investment will obviously be needed, but that will only be part of the solution. Big and sometimes difficult decisions will be needed to change services for the better. That will require a level of political unity that the NI Assembly and Executive have so far not managed to achieve at any point in their history.

As the next Assembly election approaches, there will be an inevitable temptation on all sides to resort to party political point scoring on health. That would not be in the best interests of patients or of health and social care staff.

The truth is that our health and social care system was in a spiralling crisis well before the pandemic. It should not be forgotten that when I took office, health workers were so badly treated and feeling so dejected they were actually locked in unprecedented industrial action. But on my third day in office we were able to produce a package that secured long-overdue pay parity with England and provided a clear commitment on safe staffing.

One of the chief lessons of the pandemic is that our health service should never again be run down. Having just enough capacity to get by is bad enough in good times. When the unexpected comes, it inevitably means we are ill-prepared to respond.

There are nevertheless reasons for optimism for the long-term. We have foundation stones in place for the rebuilding task that lies ahead of us. These include the detailed and costed strategies for waiting times, cancer care and mental health that I have published.

It’s been brought home time and time again just how special our health and social care staff are across NI. The phrase “going the extra mile” does not begin to do justice to what they have done in the past two years.

We owe it to them to transform the system - to build a health service fit for these heroes and their patients.”