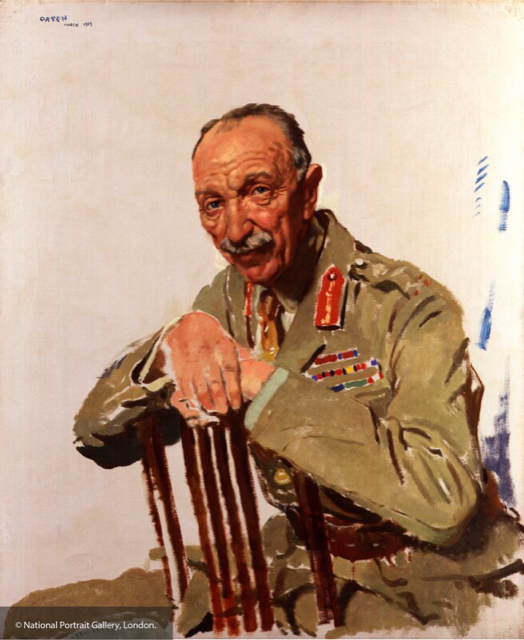 “Sir Henry Wilson’s life was ended by two IRA gunmen on the steps of his London home on 22 June 1922 as he returned from unveiling a War Memorial at Liverpool Street Station.

“At the time of his murder he was the Unionist MP for North Down, having been elected just four months earlier in February. He was also military adviser to the Stormont Government at the time of his death.

“He was born at Currygrane in County Longford in 1864 and had – to put it mildly - a distinguished military career. In 1895 he became the youngest Staff Officer in the British Army before serving in the Boer War and then as Commandant of the Staff College at Camberley and Director of Military Operations at the War Office prior to the outbreak of the First World War. Indeed between 1908 and 1911 he embarked on several tours of the border area between France, Belgium and Germany, and as a result was familiar with the territory where much of the Western Front campaign would be fought.

“He served in France where he played a key role in British-French military relations rising o the most senior rank possible, being appointed Chief of the Imperial General Staff in February 1918. He was the principal military advisor to Lloyd George in the crucial final year of the war and was present in Versailles as the British chief military adviser at the Paris Peace Conference.

“In 1919 at the age of 55, he became the youngest non-Royal Field Marshall since Wellington.

“Sir Henry Wilson was clearly one of a kind, and so great was the impact of his murder   - he was the first MP to be assassinated in more than a century, the last being Spencer Perceval in 1812 - that Parliament was suspended and the Prince of Wales cancelled his birthday party planned for that evening in Buckingham Palace.

“Sir Henry Wilson received a State Funeral and was laid to rest in the crypt of St Paul’s Cathedral.

“He was described by Edward Carson as “Ireland’s greatest son ... he died for Ulster’s liberty.”

“There can surely be no more fitting epitaph than that.”