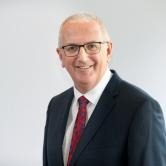 The Ulster Unionist Party Chairman Danny Kennedy has called on the DUP to drop its threats to pull down Stormont.

“For months on end Northern Ireland has been used as a punchbag in negotiations over the Protocol. The Protocol isn’t working and needs to be replaced with new arrangements which work for everyone. Instead of bombastic rhetoric, and threats to pull down Stormont, we need an absolute focus brought to the current set of negotiations.

“It was on the 15th November 1985 that the Anglo-Irish Agreement was signed and significant lessons from history need to be learned. At that time unionism placed all its trust in the Thatcher government only for that trust to be betrayed. Unionism withdrew, resigned MPs and stopped engagement, yet the Anglo-Irish Agreement remained. It wasn`t replaced until the Belfast Agreement was negotiated in 1998. Pulling down Stormont now would be another enormous strategic mistake for unionism.

“Instead of less engagement, Unionism needs more. Northern Ireland is crying out for political and economic stability yet the Protocol has delivered the opposite as has threats by the DUP to collapse Stormont. The DUP shouldn’t play into the hands of those who thrive on political instability in Northern Ireland.

“The DUP should do the responsible thing and concentrate on ensuring that the Government delivers on the contents of the UK Command Paper. That is where the Ulster Unionist focus will be.”