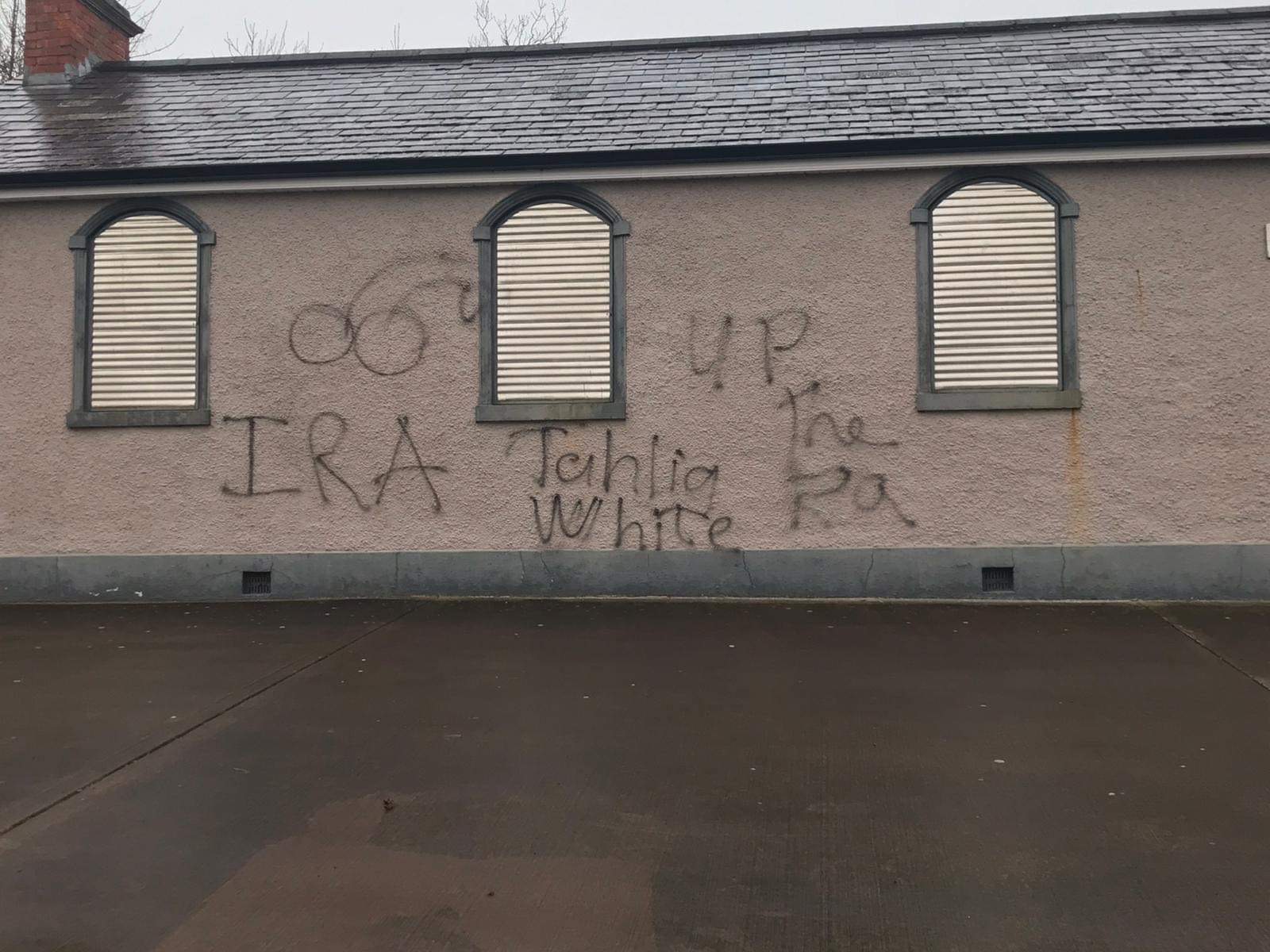 Armagh Ulster Unionist councillor Sam Nicholson has hit out at a ‘disgusting’ attack on his local Orange Hall at Crosskeys Road, Keady.

“I am totally disgusted at the low life thugs who under the cover of night have sprayed sectarian and offensive slogans across the front of my local Orange Hall, which is the home of Crosskeys LOL 88.

“It is a despicable act and abhorrent that anyone could stoop so low. Our local community feels violated by this incident and people in the area are shocked and saddened that there are those who would seek to inflict misery and heartache upon our lodge and our band. We simply want to be respected and be able to celebrate our Orange culture but clearly our very existence is too much for some who are so insecure in their own culture and identity that they feel the need to attack the symbols of others.

“This is nothing less than narrow-minded bigotry. It is not just an attack on bricks and mortar, this is an attack on Unionists and the Orange Order and the many people in the community who use this facility. I utterly condemn those responsible. There can be no place in society for this bitterness and hatred and it speaks volumes about the perpetrators.

“I have been in contact with the police to report this matter and also share the views and distress of the local community.

“I also call on all political leaders to condemn those who continue to attack Orange halls. It speaks volumes that this hall has to have security shutters across all its windows and doors in the first place.

“I appeal to anyone with information to report it to the PSNI by contacting them on 101.”