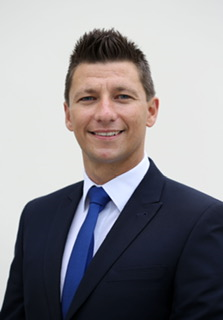 Ulster Unionist Councillors, Ryan McCready and Darren Guy, have unreservedly condemned those responsible for planting a pipe bomb in the Lincoln Court area of the Waterside, Londonderry.

“It is deeply unsettling that a pipe bomb was detonated with the Lincoln Court estate, Waterside.  It is to be condemned unreservedly.

“I spoke with the PSNI who placed up a cordon, confirming they were dealing with a pipe bomb incident. They called in ATO and numerous PSNI officers to manage the scene.

“Some residents were evacuated from their homes. Anyone who had nowhere to go were offered a place to stay at the community centre for however long that was needed.

“Both myself and Cllr Darren Guy, spoke with and reassured residents on the situation. We hope that the culprits are dealt with by the PSNI and call for these types of incidents to cease and for those criminals involved to desist. This type of criminal activity is not welcomed anywhere and poses serious risks to members of the community, especially young children.”

“I unreservedly condemn those responsible for the pipe bombing incident in Lincoln Court which has today caused needless disruption to residents within the immediate area. The device is believed to have detonated on Friday night. I thank those involved in making sure residents had access to the local Community Centre.”