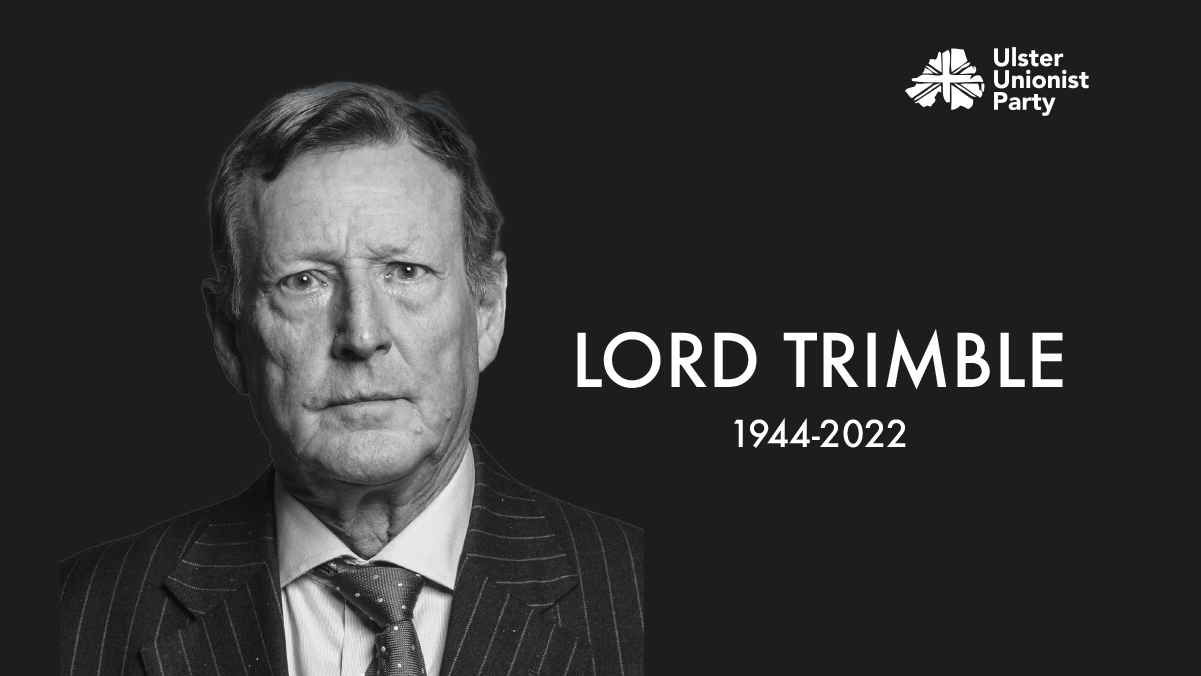 “Lord Trimble was a giant of Northern Ireland politics. His successful delivery of the Belfast/Good Friday Agreement was the crowning achievement of his political career, for which he received widespread international recognition.

“Bitterly attacked by opponents, time has shown that his judgement was right as those critics have had to work within parameters that David established.

“I am in no doubt that many people are alive today who would have perished in our Troubles had Lord Trimble not had the courage of his convictions.”