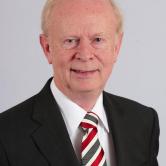 Ulster Unionist Peer, Lord Empey, who is a Member of the House of Lords Committee on the Northern Ireland Protocol, said of the letter sent by Environment Minister Lord Benyon to Committee chair Lord Jay:

“I read Lord Benyon's letter with great concern. While he confirms that physical infrastructure will be constructed at Northern Ireland Ports to provide for checks on SPS (phytosanitary) products, he links this to the Protocol Bill currently going through Parliament. He says that this is to enable red and green channels to operate, so that goods destined for the EU can be subject to full EU checks and controls and full customs procedures.

“I am not persuaded that the Minister is giving the real reason for this process. On 1st March this year, Doug Beattie MC MLA, led an Ulster Unionist delegation to Brussels. At a meeting with European Commission Vice President Maros Sefcovic, it was made clear that many of the irksome checks and a lot of paperwork could be streamlined and reduced to make the movement of goods between Great Britain and Northern Ireland easier and less expensive. This, however, would have to be negotiated by the UK and the EU.

“The question of physical infrastructure was and is another matter. The EU is insisting on it for two main reasons:- 1) It is in the Treaty between the UK and the EU and 2) the EU is ensuring that in the event of a future outbreak of disease that could threaten the Single Market, the facilities are there to manage what would be significantly increased checks.

“The decision of Whitehall to brush aside the NI Department of Environment and Rural Affairs, whose responsibility it should be to provide these facilities, illustrates the commitment the Government is making to implement the Protocol.

“These facilities, when constructed, will be the physical manifestation of the 'Border in the Irish Sea' and downstream consequences of a badly negotiated and ill thought through Brexit.

“The Northern Ireland Protocol Bill is currently stalled in Parliament; no date has yet been set for its Report stage in the House of Lords and the Government is delaying its progress to avoid defeats and amendments which are highly likely to happen.

“The EU knows this and nobody is fooled by talk of trying to 'show good faith in the negotiations'.

“It’s a sad day indeed when we are discussing arrangements to impede the flow of goods within our own country, and those who campaigned for a poorly designed Brexit have much to answer for. Had there been no Brexit there would be no border in the Irish Sea, no Protocol and no interruption to the working of the Devolved Institutions.

“I think all of unionism needs to review the way forward on this very dangerous constitutional and economic crisis: things can't go on as they are, especially in the middle of a terrible increase in poverty.

“Since January 2019, Ulster Unionists have advocated an alternative way forward, which would go some way to ending the democratic deficit we have here and lessen damage to our economy (attached).

“I hope these ideas could form the basis of talks between the parties here and between the UK and the EU.

“We need a fresh start in 2023 and these proposals could form the basis of serious negotiations.

“It is a scandal that Northern Ireland politicians continue to be excluded from the negotiations.”