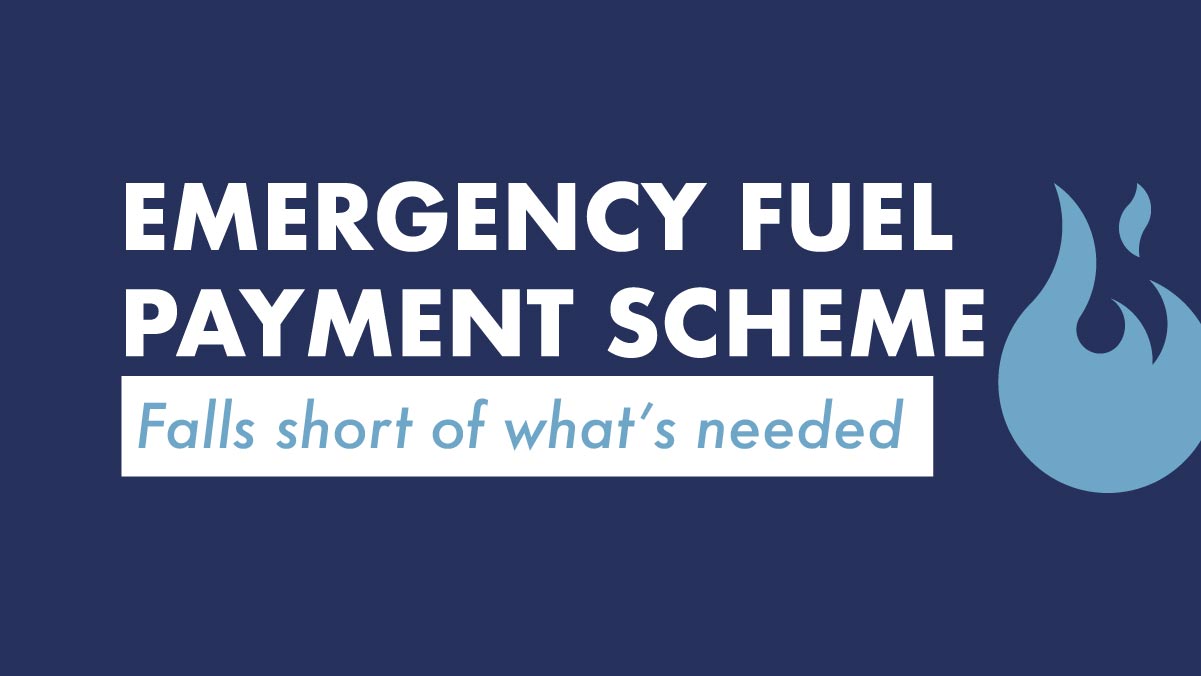 “Following the announcement of the allocation of £2M for an Emergency Fuel Payment Scheme, I repeatedly sought to obtain detail on the scheme in advance of its launch but to no avail. Upon studying the available information following its launch, it appears the scheme has been cobbled together and falls short of what is needed.

“What information did the Department use to determine the gross annual household income threshold of the scheme?

“Why has the daily number of applications been restricted? If someone needs support they require it promptly, therefore setting a daily limit is unacceptable.

“The scheme is also restricted to one payment of up to £100 for either gas, electricity or oil. However, it is widely recognised that when a household runs out of heating their electricity will also be running low or vice versa. Furthermore, if a household has no electricity in many cases their heating systems will be unable to function.

“Did the Department consult with or utilise the wider sector experience or expertise when drafting this scheme? From the feedback I’ve received it would appear this was not the case.

“I believe the Minister has been given access to more than £50 million of additional funding to further address the energy crisis. I would urge the Communities Minister Deirdre Hargey to consult with those who are working on the frontline, supporting people adversely impacted by recent spiralling energy costs before releasing another programme that again fails those most impacted.

“The Minister should promptly come before the Assembly’s Communities Committee and detail the evidence base for the criteria used in the Emergency Fuel Scheme.”