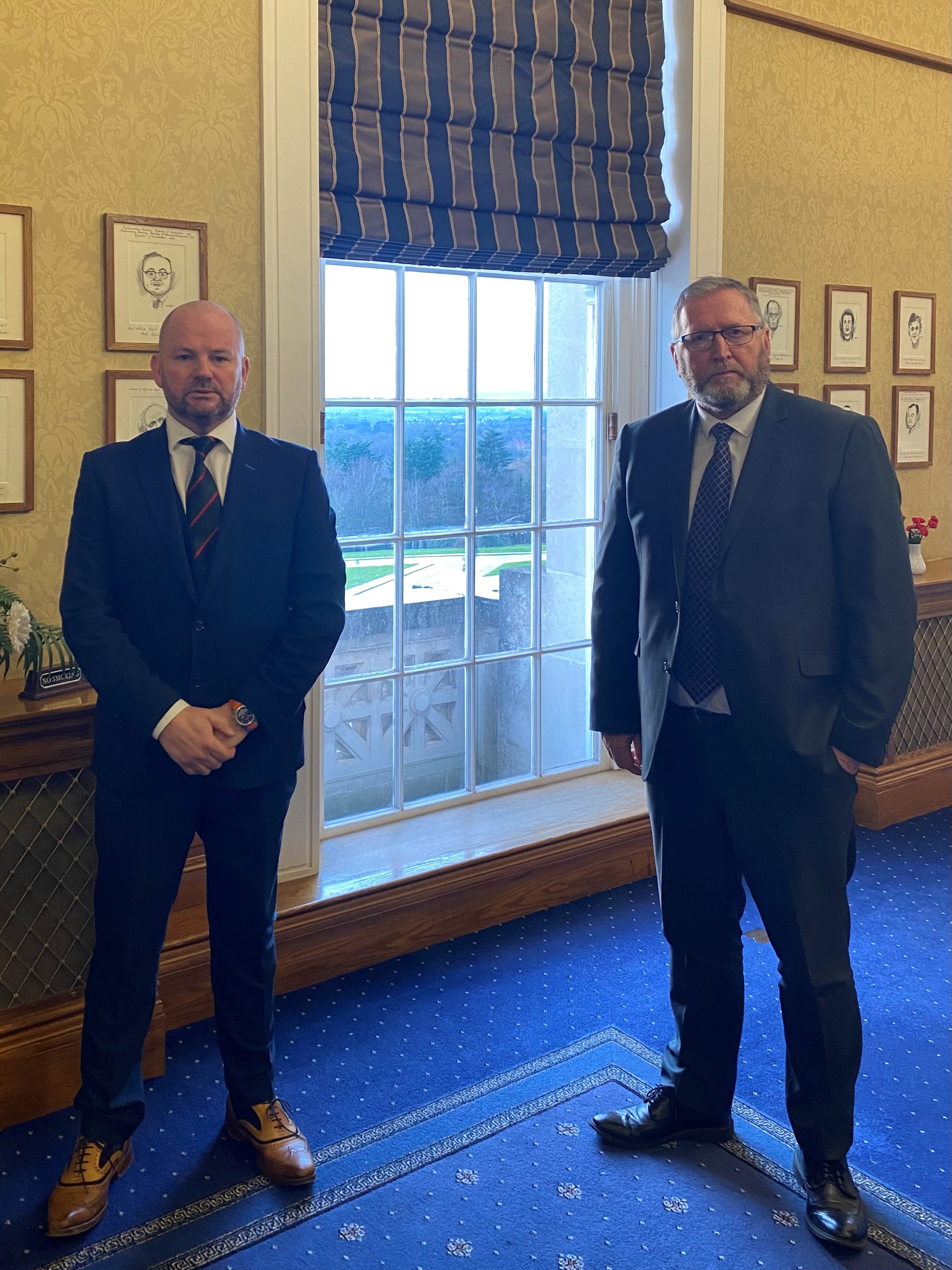 The Ulster Unionist Leader Doug Beattie MC MLA has met with the family of Glenn Quinn who was murdered by the South East Antrim UDA in his flat in Carrickfergus in January 2020.

“The beating to death of terminally ill Glenn Quinn by a gang of loyalist paramilitaries remains a vile unsolved murder nearly 2 years on. The family’s fight for justice has been punctuated by threats and intimidation that has left Glenn Quinn’s mother, a 77-year-old widow, frightened while Glenn’s brother Martin and his partner have had to leave the area due to threats.

“It is clear that narco-criminals, styling themselves as the South East Antrim UDA, are embarked on an organised campaign of intimidation designed to stop those with evidence coming forward that could find the murderers of Glenn. The realisation that solving the murder of Glenn Quinn could unlock another 6 murders attributed to this group is something the police will be well aware off, as will this organised crime gang.

“Having met Martin Quinn recently it is admirable that he is not about to give up the fight for justice for his brother and for his whole family. His story is one that cannot be ignored and I have written to the Chief Constable to ask for an urgent meeting to discuss this case and the ongoing grip that the SEA UDA has on the community.

“Dealing with this issue now will move society forward.  It is time we used more stick and less carrot when dealing with these criminals who intimidate, coerce and threaten communities who only want to get on with life in order to create a future for their children free from the malign grip of these criminals.”