Beattie congratulates Swann on ‘Politician of the Year’ award

Beattie congratulates Swann on ‘Politician of the Year’ award 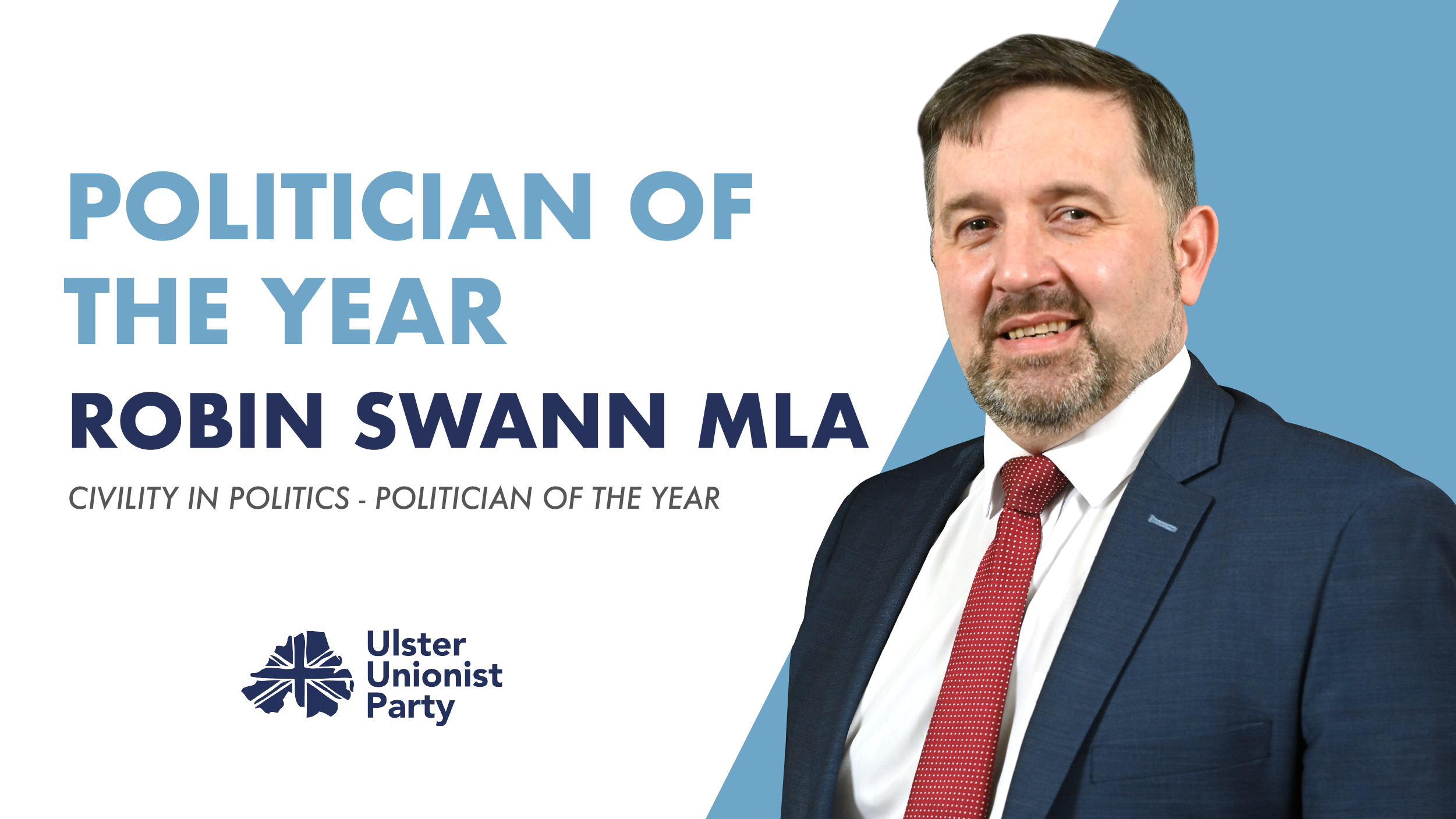 Ulster Unionist Party Leader Doug Beattie MC MLA has congratulated his party colleague Robin Swann on receiving the Politician of the Year award from the ‘Civility in Politics organisation.’

“The Civility in Politics Awards are designed  to encourage, reward and celebrate thoughtful, reflective public debate that reaches across the aisle and seeks to improve our civil discourse. This evening Robin has received an award as has the Labour MP Chris Bryant.

“It is absolutely no surprise to me that Robin Swann has been recognised on a national stage for his dedication and commitment to public service in Northern Ireland.

“Robin has led the Health Service through the most trying of times and I would like once again to pay tribute to Robin and all the Health Service staff who have been an example to us all as they went above and beyond to keep the public safe.”