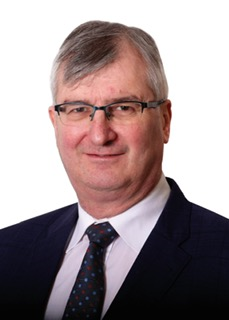 With another Protocol deadline looming, the Ulster Unionist Party's Agriculture, Environment & Rural Affairs spokesperson Tom Elliott has welcomed the confirmation from the EU that they have agreed a further three year extension to the grace period for access to veterinary medicines in Northern Ireland.

Commenting on problems facing the agri-food industry due to the inclusion of animal medicines in the protocol Mr Elliott said:

“Although this is only a stop-gap and temporary solution, we should never have been in this position and I have called on numerous occasions - the last being just a month ago - that animal medicines should be removed from the scope of the Protocol.

“The extended grace period for medicines was planned to come to an end this month at the end of 2022 and so far, the implementation of the full protocol rules would mean that potentially half of all veterinary medicines would no longer be available. The potential impact to our agri-food industry is significant to say the least, and this should never have been allowed to happen. We have an agri-food industry that is second to none with excellent markets in GB, the EU and right across the world which contribute over £500 million to the economy of Northern Ireland.

“This is a very significant issue, not only for animal health and welfare but also for public health, the food supply chain and the Northern Ireland farming community. There is potential for severe repercussions.

“The farming community should continue to have access to the same medicines that are freely available in any other part of the UK and it is vital that our concerns are raised in any negotiations. The EU need to recognise the problems that have been created because of dual regulations. The risks are very real and need addressing as a matter of urgency and that is why I have written to HM Government to highlight this inequality and to ask that they do all in their power to resolve this.

“Medicines should never have been included in the Protocol. I am asking for a practical common-sense approach to this issue and remove animal medicines from the scope of the Protocol, which would help future proof the agri food industry and at the same time provide a solution that helps protect animal health and food security.”