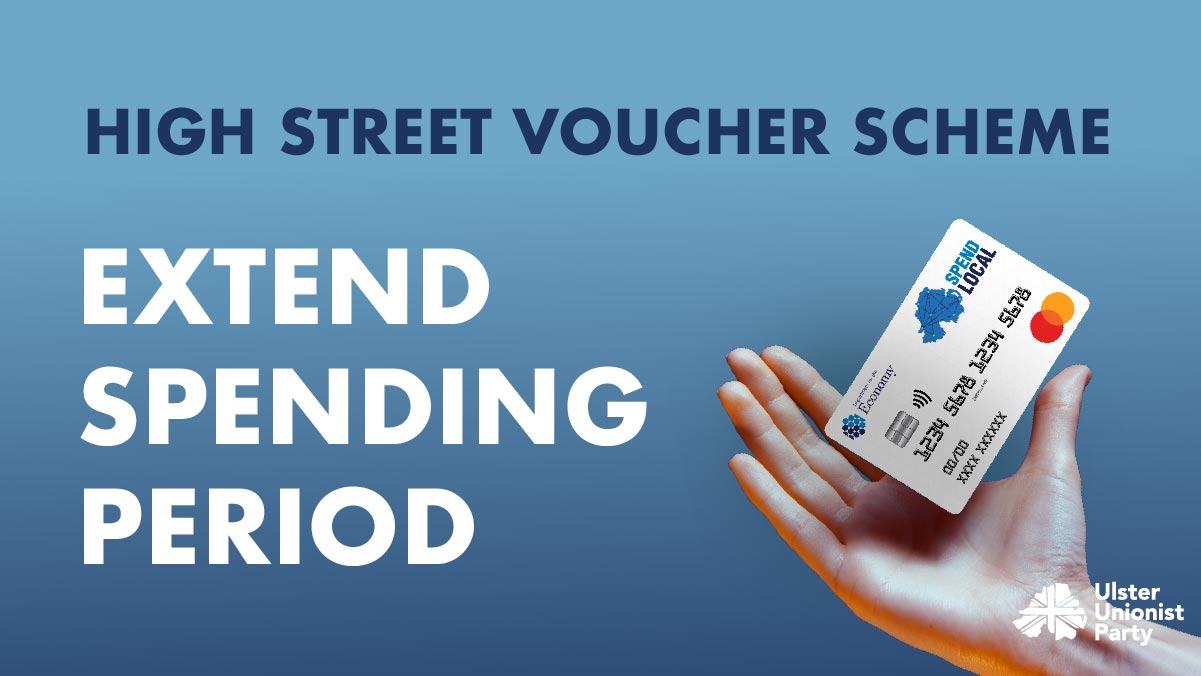 The Ulster Unionist Party’s East Belfast MLA, Andy Allen MBE, has reiterated his call for the Economy Minister Gordon Lyons to extend the period for people to spend their £100 vouchers to take account of delays in issuing the cards.

“Colleagues and I continue to be contacted by a considerable number of constituents, many of whom applied at the outset of the high street voucher application opening, who have still not received their spend local card. This is against the backdrop of the thousands of people who were contacted because they could not be verified by the automated process, asking them to provide further evidence. Many of them have been informed it is likely to be a number of weeks before they will receive their card.

“The Economy Minister stated on the 20th September 2021: ‘Every eligible person should get a minimum of four weeks to spend their £100.’

“Clearly, this won’t be the case for many and I would again call on the Minister to review the spend end date to ensure the many people still waiting on their cards have a minimum of four weeks to spend their £100.”